Downtown Atlanta is littered with ornate, abandoned buildings just waiting to be restored back to their former glory. The downtown area is attracting developers as of late, in hopes of revitalizing the once bustling downtown area. As recently as March of 2016, developers were considering converting historic downtown structures into high-end apartments or lofts. One building, in particular, is the well-preserved former shoe factory named M.C. Kiser Company. Built in 1923, the M.C. Kiser Company was once home to one of the most in-demand shoe manufacturers in the S.E. As of late, the project must have stalled because the building remains empty. Oddly enough, it rests two blocks away from the supposed “Upton Hotel.” After a bit of research, I stumbled across local newspaper articles about the M.C. Kiser Company, detailing its rise from a small shoe manufacturing to a larger show manufacturing company in 1923.

The picture above was printed in the Atlanta Constitution on September 2, 1923, announcing the opening of the new home of the M.C. Kiser Company. Advertised as “conveniently located at the corner of South Pryor Street and Trinity Avenue, just two blocks from the main shopping district,” the Shield Bran shoe manufacturing company’s new home would mark its third move in the thirty-year existence of M.C. Kiser shoe manufacturing company. Their new home boasts 60,000 sq. ft., sunlit rooms, brick facade, and terra-cotta trimmings. Below, is a snippet of the article that accompanied the above picture. 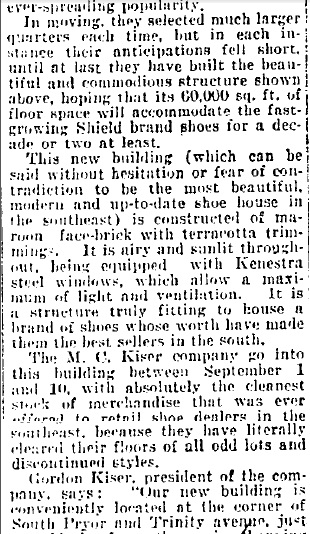 Not too long after the opening of the new home to the Shield Bran shoe manufacturer, M.C. Kiser Company boasts even high sales. The article also mentions the company’s previous location, which apparently was located 17 East Hunter Street, which is now known as Martin Luther King Jr. Drive. 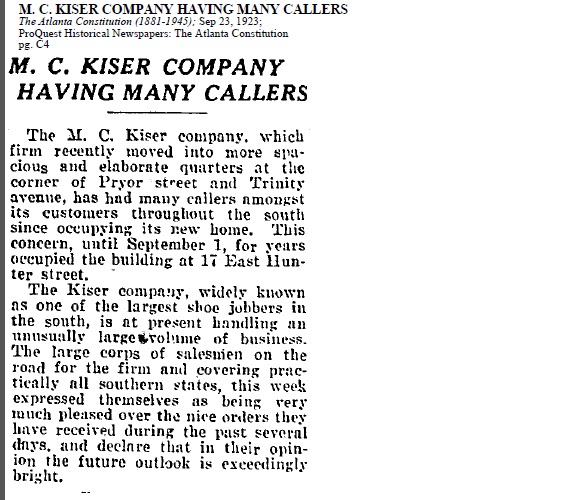 Yet another 1923  article after the company moved into their new location. 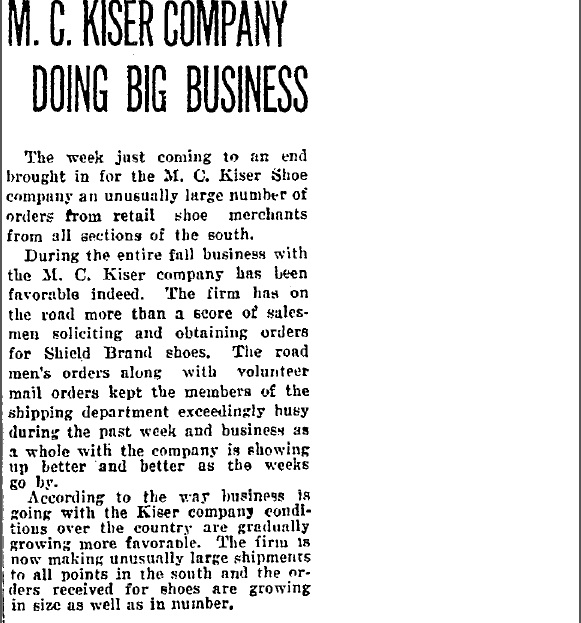 1919 article in the Atlanta Constitution speaking of the successes of the M.C. Kiser shoe manufacturing company. 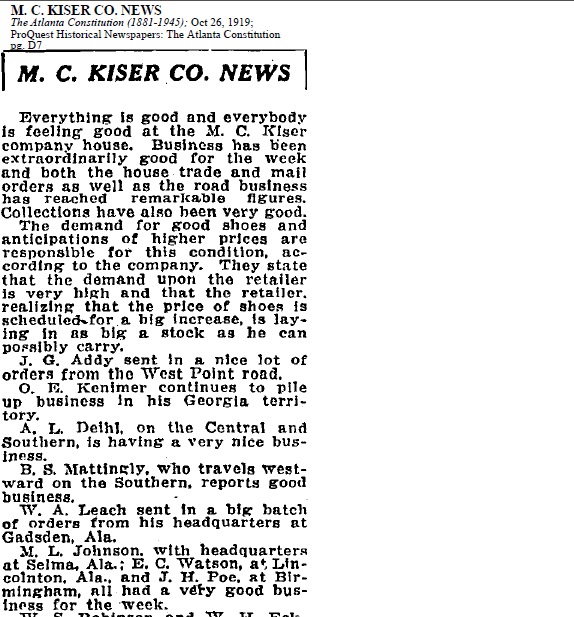